Here are our most liked photos and videos from February 2017.

The list is based on the number of likes, counting down to our best of the month! Top comment: “And I bet he couldn’t figure out why his drill was running backwards

This set of lost tools were found on a site today. If you know the owner tag them so we can return their gear. Top comment: “And everyone’s on here tagging c***s to take the piss, I’m searching for the purchase details Top comment: “Fuck ya all bricklayers..on the job today 30 mm variations…fuck i hate you c***s”

Top comment: “I heard good things about my real ladder though, that he supported 3 people at once” 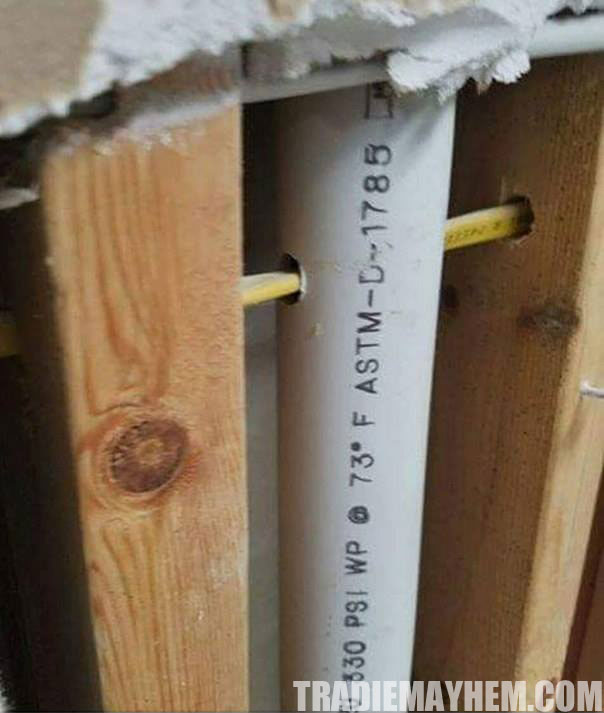 Top comment: “I’ve seen this done. Just a bit of sikaflex needed. The exciting part comes when the drain blocks up and the plumber puts his machine down to clean it” 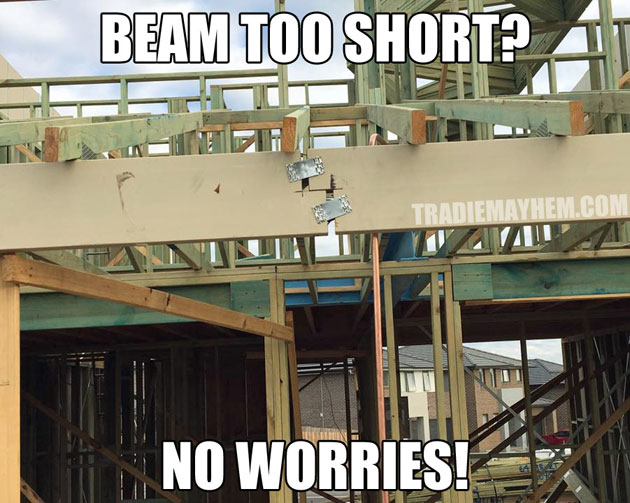 Top comment: “Nevermind that, WTF is going on with the lintel beams in the background…”

“Was called out to this job to fix all the fuck ups. Saw something looked odd about this cleat and noticed the bolts from the other side were fairly loose. Closer inspection I found that the bolts were cut in the middle, drilled and glued in either side. Good way to support a quad beam supporting all upstairs”

Top comment: “I like the roman concept where bridge designers had to stand under their bridge while the scaffold was removed. Similar concept should apply to all trades.” Top comment: “Not really that bad, might get a bit of local stress where it’s been cut jagged, but the section modulus hasn’t changed too much in this case.
Depends if the engineer has thrown some moment into the columns with some kind of portal action or something.” Top comment: “It’s only gonna get covered in piss anyway so what’s the issue?“ 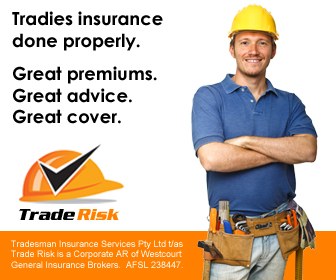 “My old boy was a builder and left me this chisel. Over 30 years old. Just sharpened it. Should i retire it for old times sake or put it back in the tool box for tomorrow ??” 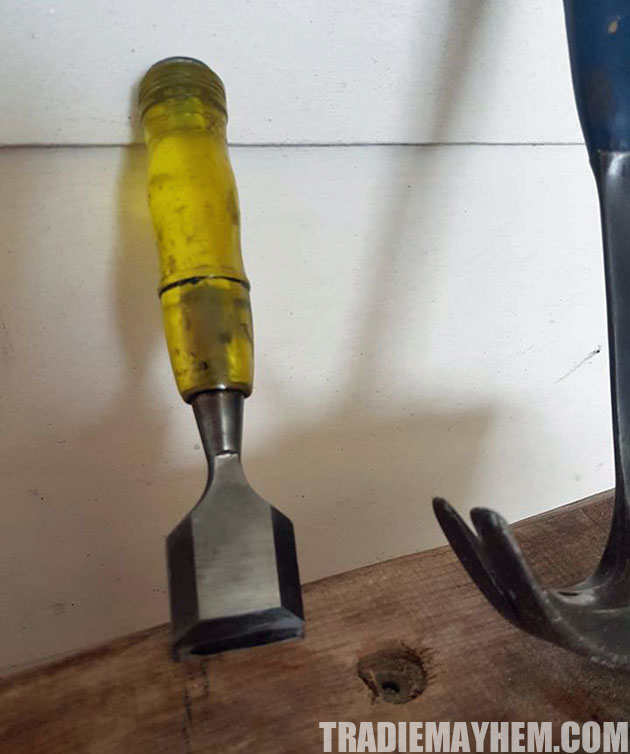 Top comment: “I’ve got a wooden handled chisel that’s been in my family for 5 generations. Over 120 years. In that time it’s only had 5 new handles and three new blades.” Top comment: “I can’t believe my eyes, this is the worst thing I’ve seen, I mean, who wears a FILA jumper onsite?” 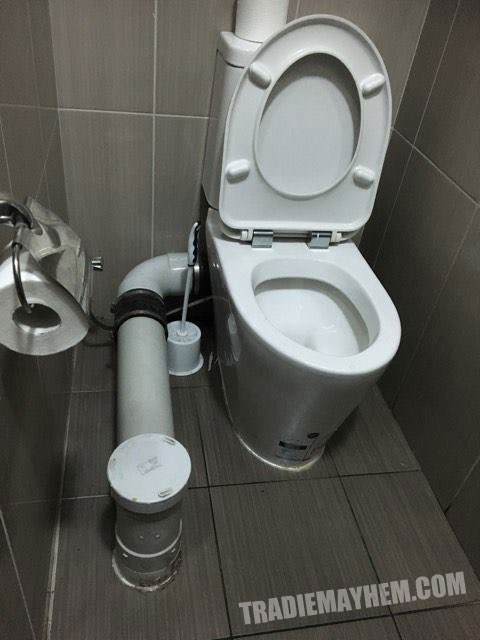 Sent in by a few people. Must be doing the rounds. Top comment: “i actually have no problem with that set up. ladder angle might be a little steep but provided enough cable ties were used to secure the step ladder, im sure it’s safe enough. like to see the face on an HSE guy walking in though” 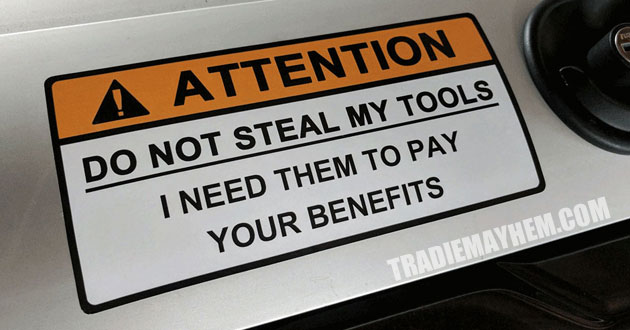 We sell these stickers, but this was genuinely the second most liked photo for the month!

You can still order these stickers here.

“Walked onto site to see my carpenter has braced the lintel to itself…good thanks.” Top comment: “That’s what happens when you hand out trophies to kids for participating..”

Each month we get plenty of injury photos sent in, but after three Facebook bans we can’t post the injuries on there any more.

Here’s are the ones we posted “off site” recently. These are the censored versions. Follow the links to see the originals… 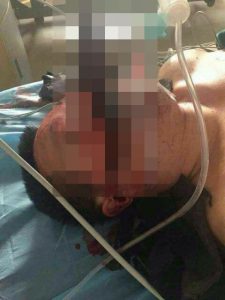 Grinding blade to the neck 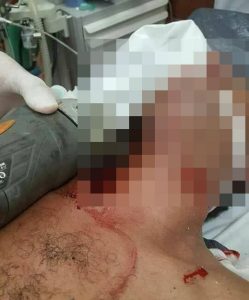 Hand crushed in a 40 tonne press 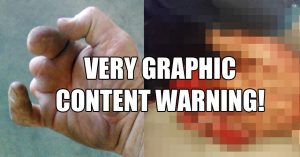 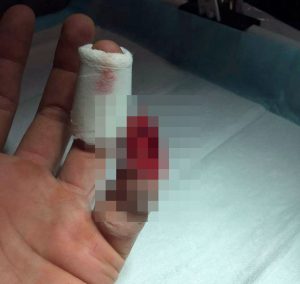 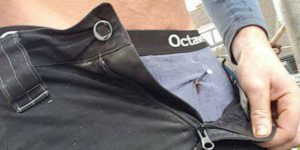 Have a funny photo or video to submit? Send it via the Tradie Mayhem Facebook page.